The One and Only Leader 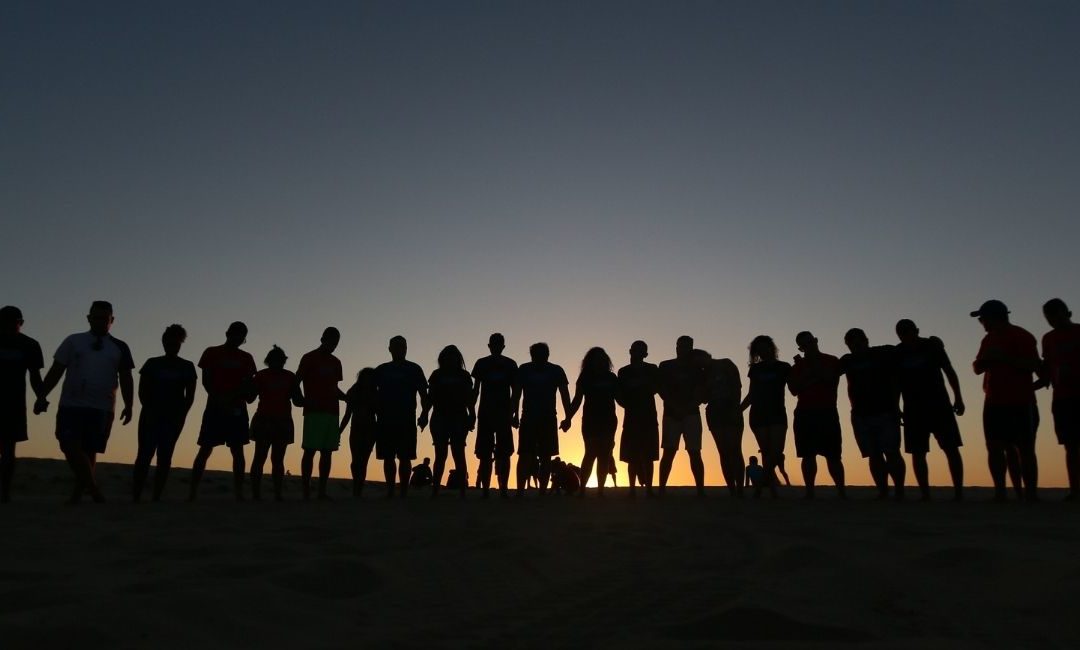 There is much to do around ‘leadership’.

As you may be aware, I happen to have a background in the dance world.  There, too, ‘leading’ and ‘following’ would supposedly apply.  And as far as I’m concerned, this is one of the biggest misconceptions in dancing.

Now it depends, of course, on how you interpret leading and following, but for most people it means that the one who takes the lead then determines for the other person what will happen and what won’t happen.  And, in my view, this is completely incorrect.

This is because there is nothing to lead if the other person is not willing to follow.  In other words:

And that is precisely why I prefer not to speak of a leader and a follower, but rather of an initiator and an inspired person.

What matters is that there is someone who takes the initiative.  The other can get inspired by that initiative and participate.  Then you are together.  This participation is not something passive.  Participating means taking action, together with the initiator and based on the original idea of the initiator.

The initiator is, as it were, the inventor, the conveyer of the idea.  It is his/her task to ensure that the idea gets out into the world. The inspired person gets inspired by the idea and can join.  The inspired person is therefore not following along passively, but ACTIVELY participates, side by side with the initiator.  And is doing so in his/her own way, within the framework of the original idea.

Now it may very well happen that the inspired person, often by participating, gets lots of new ideas around the original idea.

Of course every person has their own unique talents, one has more time than the other, etc.  Depending on everyone’s qualities, it makes sense of course that tasks are divided.  Do you speak well in front of a large audience and no one within the organization can do this as well as you do?  Then it makes sense that you do this.  If you can organize well and within the organization nobody does this better than you, then you do it.  So by all means get inspired and, if an idea or initiative appeals to you, join it.  If not, then don’t.  And if you want, start your own initiative!

You are, especially in this period, not meant to follow along quietly.  Just as I am not your leader, you are not my follower.  There is only one true leader, and that is you!

Perhaps interesting to realize:  it is often thought that the ‘leader’ makes the difference.  This is not the case.  It is the first inspired person (the follower) who decides to join, who makes the real difference.

In below video, replace the word ‘leader’ by ‘initiator’ and ‘follower’ by ‘inspired person’ and you’ll understand what I mean.

PLEASE FEEL FREE TO LET ME KNOW IN THE COMMENTS WHAT YOU THINK ABOUT THIS TOPIC.

Do you appreciate this blog?  Then please share it with friends and people you know, for which I thank you.

Do you want to support our mission?  This can be done through a donation.  Every contribution, small or large, is helpful.